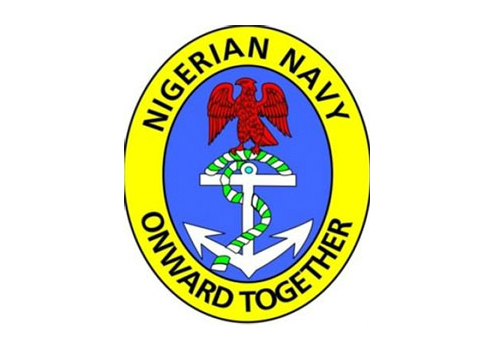 ABUJA/LAGOS (Reuters) – Nigeria’s navy plans to strengthen its measures to root out and punish personnel who collude with kidnappers and criminals, its new naval chief said.

Kidnappings in the Gulf of Guinea, which covers 2.3 million sq km and borders some 20 countries, hit a record last year, according to the International Maritime Bureau. 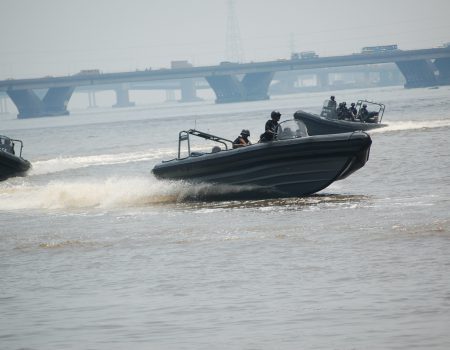 The recent news headline said it all: “Pirates kidnap 15 Turkish sailors in attack on container ship” off the Nigerian coast in the Gulf of Guinea. A vast maritime zone of 2.3 million square kilometers and 5700 kilometers of coastline with considerable economic wealth, the Gulf of Guinea has recently been plagued by a succession of acts of piracy, making this maritime space one of the most dangerous and unstable in the world.

While Europe and the United States have been engaged in the region for many years, this deteriorating security situation requires renewed transatlantic engagement. In a context of repeated calls for a renewed partnership between Washington and Europe, the Gulf of Guinea could be a prime candidate for demonstrating the benefits of transatlantic collaboration. 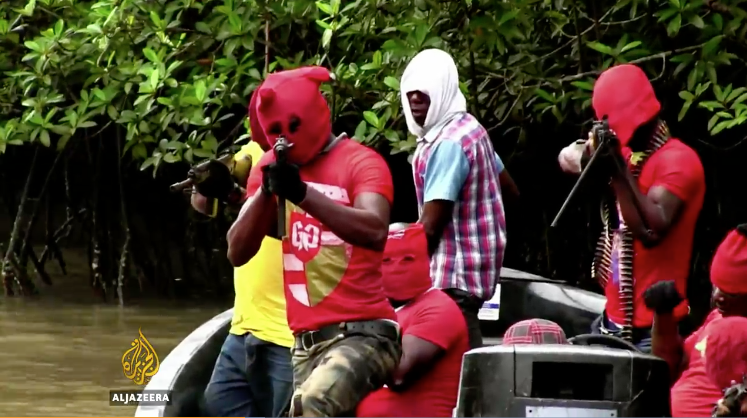 A pirate action group (PAG) has been operating along the West African coast since 6 February and is believed to be using a captured Chinese fishing vessel.

According to Praesidium International, as of 9 February, following the possible kidnapping of 18 Chinese nationals from a fishing boat on 7 February, the PAG is believed to be located south of Delta State within the Nigerian/Sao Tomé & Principe area and proceeding northbound. All vessels sailing south of Brass (Nigeria) could encounter the PAG and should increase vigilance over the next 24 hours, Praesidium warned. 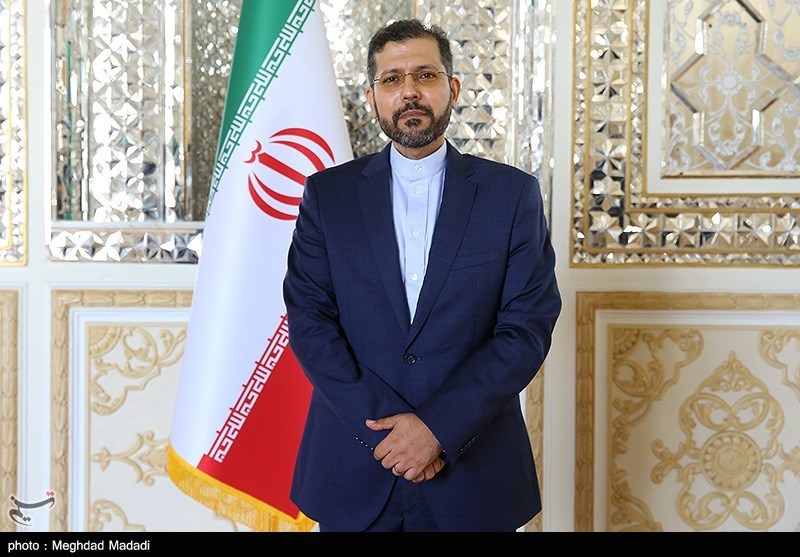 TEHRAN (Tasnim) – Iran has granted exit visas to the crew of a South Korean vessel that was seized in the Persian Gulf in early January, the Foreign Ministry spokesperson said.

In a statement on Tuesday, Saeed Khatibzadeh said the crew members of the South Korean ship have been permitted to leave Iran “in a humanitarian gesture”.

He said the ship crew have obtained permits to leave Iran upon a request from the government of South Korea and cooperation from the Iranian Judiciary.

The legal procedures concerning the case of the offending ship and violation of law by its captain are still going on, the spokesman added.

Khatibzadeh further noted that Iranian Deputy Foreign Minister Abbas Araqchi and First Vice Minister of Foreign Affairs of South Korea Choi Jong Kun have held a telephone conversation about an immediate release of Iran’s frozen funds in South Korea and the “effective mechanisms” to use those assets.

The tanker, which had departed from Saudi Arabia’s Al Jubail port, was carrying 7,200 tons of oil chemical materials in violation of environmental regulations. 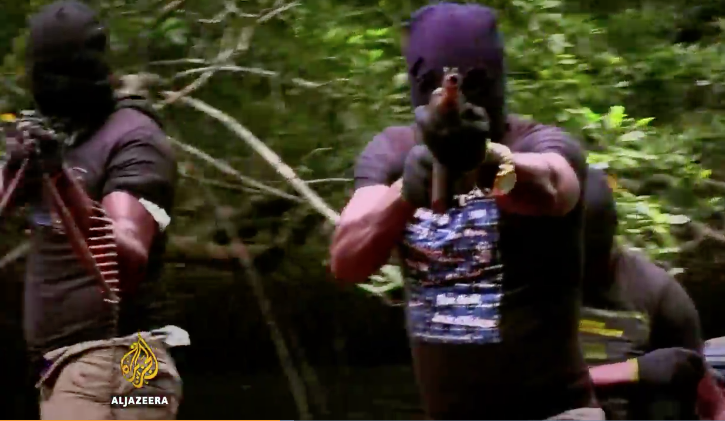 There is need for North Atlantic Treaty Organization and some governments, at the highest level, to be more engage in finding a long-term solution to the crisis. International community should remain committed in the efforts of taking concrete actions towards protecting the vessels and crew operating in the Gulf of Guinea. We cannot continue to allow crews to be taken hostage, a situation which is simply unacceptable. 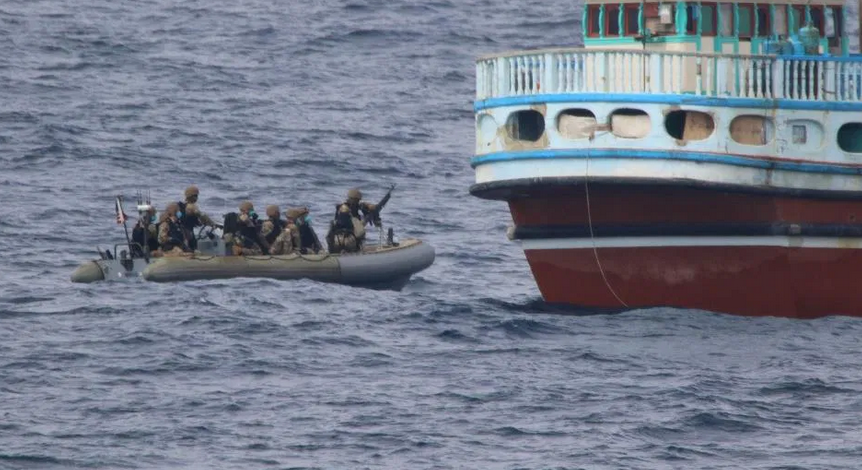 The guided-missile cruiser USS Philippine Sea (CG 58), deployed to U.S. Fifth Fleet and operating in support of the Combined Maritime Forces (CMF), interdicted a shipment of more than 600 lbs. (275 kg) of suspected narcotics from a dhow in the international waters of the North Arabian Sea, Jan. 30.

Seven bags of suspected narcotics were seized and tested, resulting in a seizure of approximately 600 lbs. (275 kg) of suspected heroin, worth $2.89 million wholesale. This seizure, conducted in direct support of CMF’s Combined Task Force (CTF) 150, marks the seventh CMF drug seizure since October 2020.

To mitigate the risk of contracting and spreading COVID-19, the boarding team undertook carefully executed precautionary measures during and after the boarding, to include decontamination of all seized contraband. 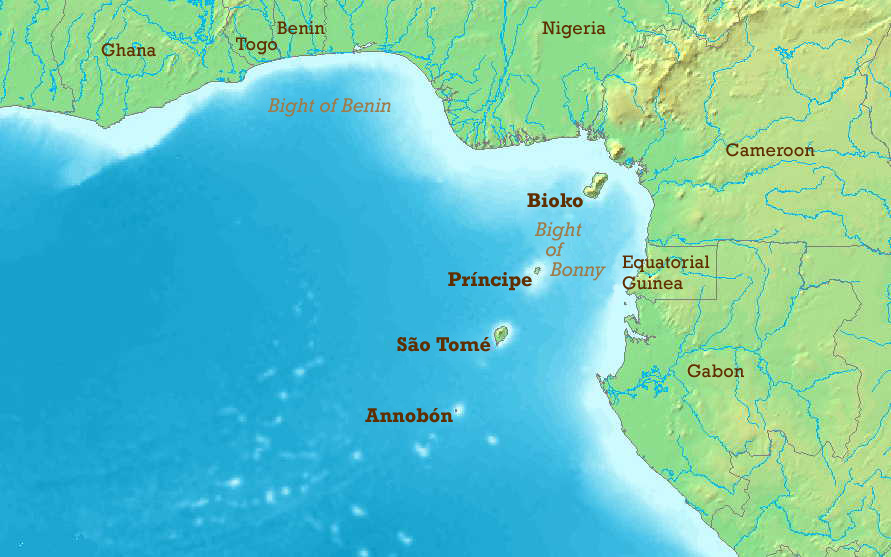 After all efforts by governments around the Gulf of Guinea (GoG) to stop piracy, kidnapping for ransom and organised crime failed, the European Union (EU) has announced the launch of the pilot case of the Coordinated Maritime Presences (CMP) concept in the vast area.

This was contained in a document containing the outcome of proceedings approved by the European Union Council at its meeting held on 25 January 2021, which was seen by THISDAY.

The 15 crewmembers who were kidnapped from the boxship Mozart last weekend are unharmed, Turkish vessel operator Boden Shipping said in a statement Thursday.

“Boden Shipping communicated with the crew members of the container ship Mozart, which was hijacked off Sao Tome on Jan. 23, 2021,” the company said in a statement provided to Turkish state news agency Anadolu.

News outlet, Maritime Bulletin, has released new information about the attack on the MV Mozart, reported on Jan. 24th. According to the website:

Details of container ship MOZART piracy attack have slowly become known, revealing a frightening picture of a new trend of total disregard of seamen lives, demonstrated by pirates. Until MOZART attack, all involved parties including pirates, did stick to some unwritten but mutually recognized rules – pirates hijacked crew but don’t physically harm them; owners pay ransom and get back unharmed crew. Being obviously, frustrated by continuous failed attempts to get crews out of citadels, pirates became real nasty and reckless, using explosives to break in citadel, and treating the crew they capture in a very cruel manner.

One crew was killed during the attack and citadel break-in, others were injured. Pirates kidnapped 15 crew, of 3 crew left on board, “ one was beaten and left with an injured leg, while another still aboard the ship had shrapnel wounds” (understood inflicted by explosion). The pirates also ransacked the ship and severely damaged bridge and navigational equipment, crippling the ship’s navigational capacity, so that the ship is incapable of continuing her scheduled voyage.

The use of explosives to access the ship’s citadel represents a significant increase in violence against crews and will once again lead the international shipping community to question security levels in the Gulf of Guinea.

The Nigerian Maritime Administration and Safety Agency (NIMASA) has declared its intention to work in partnership with the Presidential Amnesty Programme (PAP) in the fight against piracy and other crimes in the country’s maritime domain.

Director-General of NIMASA, Dr. Bashir Jamoh, underscored the importance of collaboration among relevant agencies and communities in the quest for maritime security, saying, “We should be working together in partnership to help us appreciate and evaluate the challenges from our various perspectives and collectively come up with solutions that would work for all of us, and the country at large.